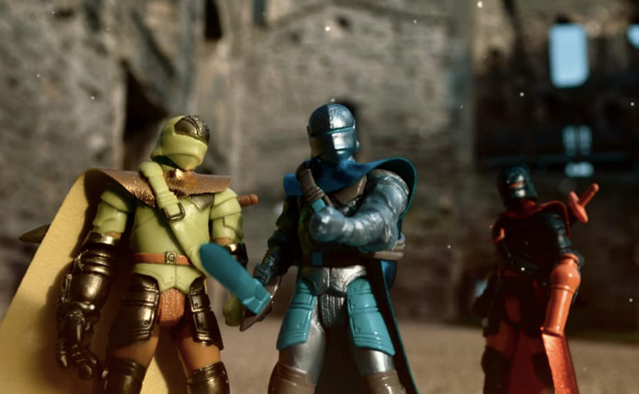 Mr. Jesse DeStasio has sent out an early February 2019 update on Toy Pizza’s Action Figure of the Month Club Kickstarter Campaign! Here’s the scoop – UPDATES With the factories on break for Chinese New Year, there won’t be any production updates until the end of Feb. The good news is the AFOTM Club for […]

Hurrah! The Squires-of-the-Slice are unstoppable and the AFOTMC campaign is on fire! Metaruda Rift Killer has been unocked and is now added to the Action Figure of the Month Club! (a quick photoshop kitbash by Nicky Fung) As we unlock more characters, we have a better idea of what the months will contain. We know one month will def. be […]

The Action Figure of the Month Club Kickstarter campaign is rocking & rolling! Not only did it hit its initial funding goal earlier this week, giving us access to the Desert Rat, but it has now unlocked its first stretch goal, the alternate “Chorager” head for Desert Rat! Check out these images of the new head sculpt, […]