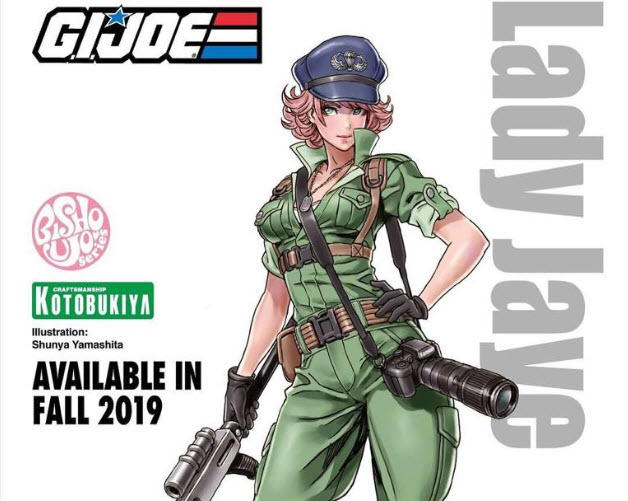 It was way back in February of this year when word was announced that Kotobukiya would be releasing a series of Bishoujo Statues based on the characters of G.I.Joe. At SDCC 2018, the first two statues of Scarlett and the Baroness were revealed. Now, at NYCC 2018, Kotobukiya is back and have shared artwork for another Bishoujo […]

You may recall that Pop Culture Shock Collectibles was in attendance at SDCC 2018 and had shared images of this amazing 1:4 scale G.I.Joe Cobra Storm Shadow statue on display via their Instagram. Well, once again via their Insta comes word that we can expect a full reveal this week at NYCC! The piece is […]

It’s that time of year! NYCC is right around the corner and as such, Super7 has revealed some awesome new wearable schwag that you can pick up at the show! This has become somewhat of a tradition, so it’s always fun to see what new designs await us at the show.   It wouldn’t be New […]