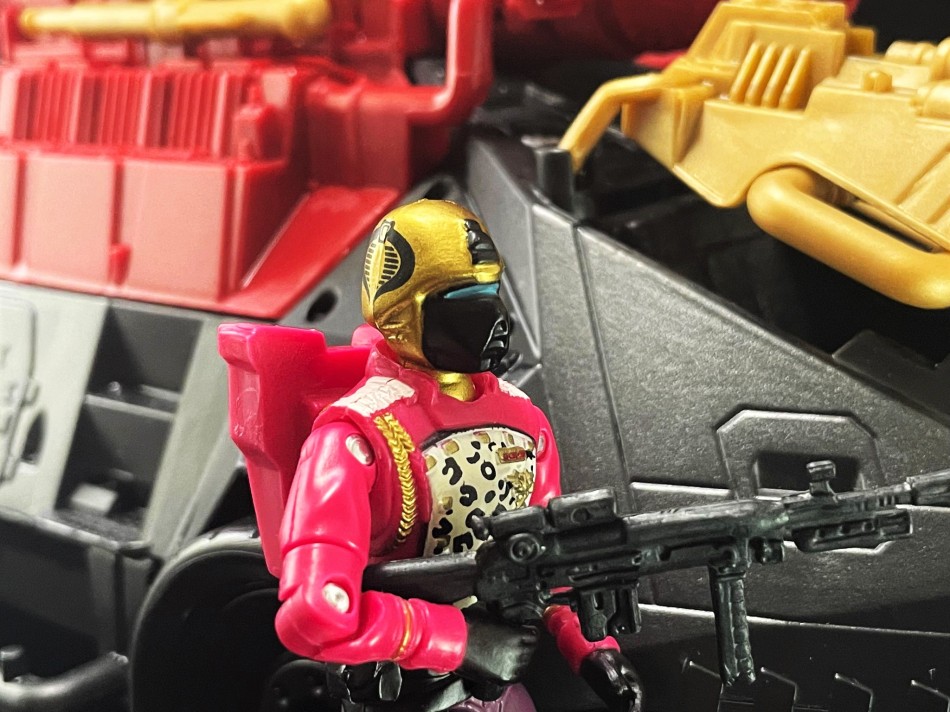 You know how you can tell that I like a figure? When it arrives in the mail and I have a review up on it the same day. From Black Major‘s 2021 Crimson Guard assortment comes a Black Major Nation exclusive that is the epitome of “Boutique” – The PDG, or Pimp Daddy Guard! Check out this bad mamajama! –

When it was announced that Black Major would be revisiting his Siegies, the fandom was excited to say the least. That said, we had no idea that the PDG was going to be sprung on us until much later in the production process..

Folks, I’d be lying if I said I didn’t love this figure. As mentioned above, it’s everything I want a boutique figure to be – It’s far enough out there that I would never see it otherwise, it’s very well painted and thought out and overall, it just POPS. Cheers go to Mario Zavala, the designer being the figure.

The Pimp Daddy deco really works well on the Crimson Guard mold, with leopard print just popping against the hues of red and plum, with gold highlights and a flat black that really ties everything together. The Gold CG helmet with that big Cobra Logo are just fun to look at, isn’t it?

Now, let’s talk QC – Outside of a loose left arm and a few molding lines in my CGI mask, my figure is perfect. The paint apps are clean and well applied and he’s able to hold his weapons without issue. Speaking of weapons, the 2021 Black Major Crimson Guard Assortment includes a TON of goodies, namely an assortment of additional heads and a Viper assault rifle to hit the battlefield with. The heads included are –

I really appreciate the additional heads, but that gold helmet is where it’s at!

The Verdict: I wish I would’ve picked up another one! With that said, folks, if you’re in to Boutique/Custom/Bootlegs/Whatever, the PDG is most definitely a must have. The garish Pimp Daddy Destro design looks almost regal on the Crimson Guard mold. This is one figure that will undoubtedly sell out fast and increase in price.

Cheers once again go to Black Major Nation, Mario Zavala and of course, Black Major himself, on another fun release!

What are your thoughts on the PDG? Sound off in the comments and as always, thanks for checking it out!