Heads up, Squires! Toy Pizza has shared word of a new Fundraiser event to bring the KotS Cen-5 and CroMega figures in to our collections!

I should point out that initial funding for Cen-5 has already been received, so by joining this event, you are already guaranteed that figure! (but, hey, no pressure or anything). Let’s get to it!

In Nov. of 2019, an attempt to create 4 of the thickest boys ever was undertaken.

The AFOTM 2020 campaign gave life to Raddick & Hackerman, but that victory left behind Cen-5 and CroMega.

Now, we have a chance to rescue those absolute units we left behind on the battlefield. The goal is $10,000 USD for each character, with additional unlockable gear & accessories along the way. If the total goal of $30,000 is reached, A SPECIAL BONUS ROUND IS UNLOCKED WITH SECRET REVEALS.

(3D renders of the characters) 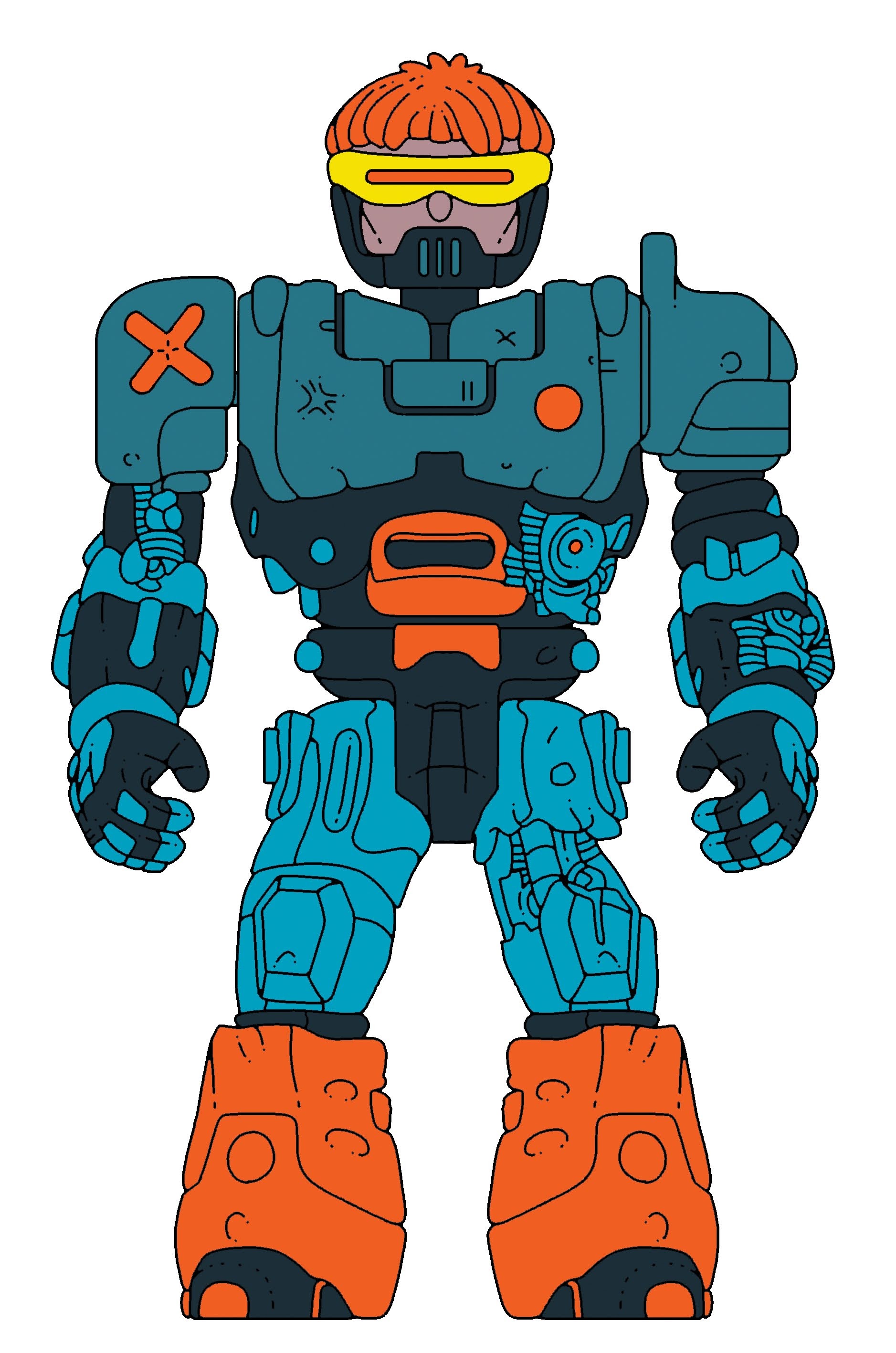 A mining robot used on Pangea Island, Cen-5 disobeyed his programming to rescue a smaller drone bots during a cave-in. For his bravery, he was unceremoniously deactivated and tossed in the junk heap. Eventually, Cen-5 is salvaged and becomes the host body for an experiment to revive a dead hero’s brain.

The ruler of Pangea Island, an anomalous world were dinosaurs roam, CroMega has recently become more cruel and twisted in his reign. It’s almost as if the once renowned warrior-king is being controlled by some unknown force.

His latest move, opening up Pangea Island’s resources to outside profiteers, is a step too far. Rebellion forces have formed to push back against him. Full scale war seems inevitable.

How To Back This Project

Click Here To Join & choose one of the following pledge levels:

2. $60 Two Random Figures – if both figures get unlocked, you’ll receive one of each.

3. $250 Eight Figure Squad – A small battalion of both painted and material style figures.

4. $1,000 Design Your Own Style – (Limit 4 slots) Want to design your own colorway of one of the figures? With this level you’ll get to do that plus 10 free copies of the figure plus a paint sample test shot. Some restrictions may apply in color / plastics.

This offer is for Domestic United States Customers only. If you are an international customer, please email first at Jesse@eerietheoryentertainment.com

Please note: All styles and images are early concepts / prototypes and are subject to change.


CroMega, Cen-5, Knights of the Slice & Toy Pizza are © & ™ 2020 Eerie Theory Entertainment, Inc. All Rights Reserved. Note: Adult Collectibles. These items are not Toys. Ages 15+ Only.

As noted above, the campaign has already reached over $10,000 in its first day, unlocking Cen-5. The campaign is now marching towards its first accessory unlock, with CroMega not too far behind. With your help, we can unlock everything on the map! So head over to the Toy Pizza CroMega & Cen-5 Fundraiser event to get your pledge in!