There’s a TON of Kickstarter updates to share with you, so let’s get right to it in this Campaign Update MEGA THREAD!

Here is the latest news on the factory front.

Over the last couple weeks our Project Mgr Chris (who is in China as I type this) and his team have begun to pull back the layers around why this project has been stalled. It seems that Tiandeng Liu sub-contracted most of this project to other factories, this is not new information but the details became very clear as Tiandeng Liu started to discuss the challenges with Chris and he mentioned what Tiandeng Liu referred to as “The Fat Man” (I cannot make this stuff up, even if I wanted too) . Anyway it seems the “The Fat Man” is the one that controls all the subcontracting work, and this is why this project is stalled. Tiandeng Liu and Fat Man had a falling out and The Fat Man has not prioritized this project over other jobs he has on his plate. Tiandeng Liu was never honest about this which is why all kept telling us unrealistic timelines.

With all that said, we have some exciting news to report. Chris and his team have been able to acquire all the manufactured pieces and packaging from both Tiandeng Liu and The Fat Man. See images.

So what are next steps?

Chris and his team have to make sense of everything they have recovered. It’s like doing a 1000 piece puzzle without having the box to reference what it’s suppose to look like when its done.  They have the pieces, paint tools and the samples, now they need to make sense of it. I’m sure parts will be missing or need to be redone or reworked, we don’t even know all the parts were manufactured, it’s a mess.  All that said, at least it’s moving ahead and I’m 100% confident that they will be able to make sense of it all over the next few weeks.

After years of working with Tiandeng Liu he is finally in our rear window. This was yet another huge step forward to getting this project back on track.  I can’t say enough how grateful I am to Chris and his team. This would not have happened without them.  More to come.

For those of you attending Designer Con in Los Angeles,  we will have a booth again this year. We’ll have some new product from our Amazing Heroes line including a Madman exclusive, plus paint masters for Eagle Force Wave 2. If you are at the show please come by and say “hello”. I’d be happy to enlighten you with more details of the factory challenges and answer any questions you might have.

The same update applies to the Larry Hama Action Figure campaign; I won’t share the same text, but there was a picture of Larry to share, so check it out –

Next up is an update from our friends at Marauders Inc.! They’ve shared word that project “OPERATION OVERLORD” has launched and all reward orders en route to their respective backers! Here’s the scoop –

Marauder  GR “OPERATION OVERLORD” has LAUNCHED!  The Marauder Task Force WWII  reward orders are shipping with the goal for the majority of our  supporters to have their reward packages by this upcoming weekend! We  are working 12 hour days, have dedicated the ENTIRE shipping facility to  Kickstarter orders and still have several orders to process…but the  troops are on the way!

Also,  after handling several thousand of the new figures, we have found a  very small number that have various “stiff” joints.  If any of your  figures have firm feeling  joints, DO NOT FORCE MOVEMENT.  Just warm the  area up with a blow dryer or dip the area in hot water, especially  important during these cold winter weather months.  Warming up the  figures will release the factory production seal and ease up any  articulation concerns.  We have come across only a very small number  with overly tight joints.  We are mentioning this NOW so everyone knows  what to do if they encounter any articulation concerns and to help  prevent any of our supporters from damaging their figures.

Finally,  at long last, here are images of the MTF WWII Kickstarter Exclusive  Green Camo German Panzer Grenadier.  We hope you all like it!

Again,  thanks again for your AMAZING support and we deeply appreciate your  patience as we complete the shipments! We really hope you like the  items!

Next up, we received word from the fine folks at Toy Pizza regarding their amazing AFOTM (Action Figure of the Month) offerings. Crazy to think there’s only 2 figures left. Let’s get to it!

We are in the final two months of AFOTM 2019 and it all comes down to this!

I’m awaiting new test shots on Cyber Mama, who will (likely) be our Dec. release.

Nov.’s packages will start to be dispatched next week, arriving at the end of the month.

It’s down to the wire, but I think we will be able to fulfill both months before Jan 1st, thus keeping our promise of no delays.

Are you in the Anaheim area this weekend? Come see Toy Pizza / Knights of the Slice at booth #2930

We have a super-team of DCON exclusives for the show (which Patrons can pre-order now).

We are in the final couple hours of the bonus store unlocked after our AFOTM 2020 membership drive. Want to help fund additional characters or add on bonuses to your subscription? Now’s the time to pledge. Store closes tonight!

It’s been a real blast fulfilling this grand project of ours. As it starts to wind down to a close, I feel endlessly grateful and excited to jump right back in with Jan’s AFOTM 2020.

Our penultimate update comes from Raginspoon, where we receive word on their amazing Complex Series 2 set currently on Kickstarter. With 4 days to go, the campaign is just over 50% funded. With your help, we can push this one over the top! 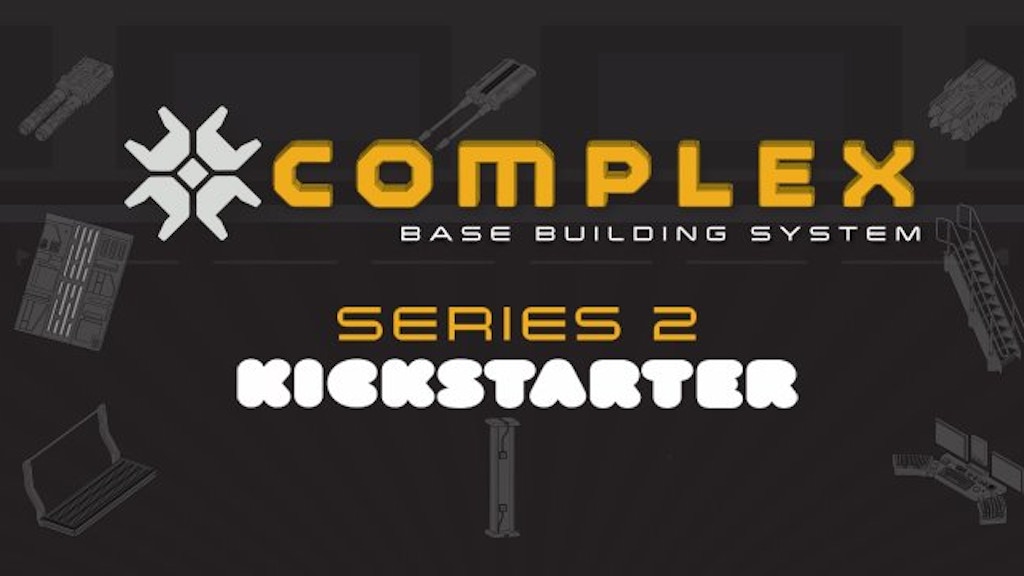 Last, but most certainly not least, is the Action Force Campaign from my good friend Bobby Vala! The first series offering from ValaVerse has been successfully funded, unlocking a few stretch goals along the way! On behalf of the Surveillance Port and its followers, I offer a heartfelt congratulations to Bobby. Talk about a dream come true! 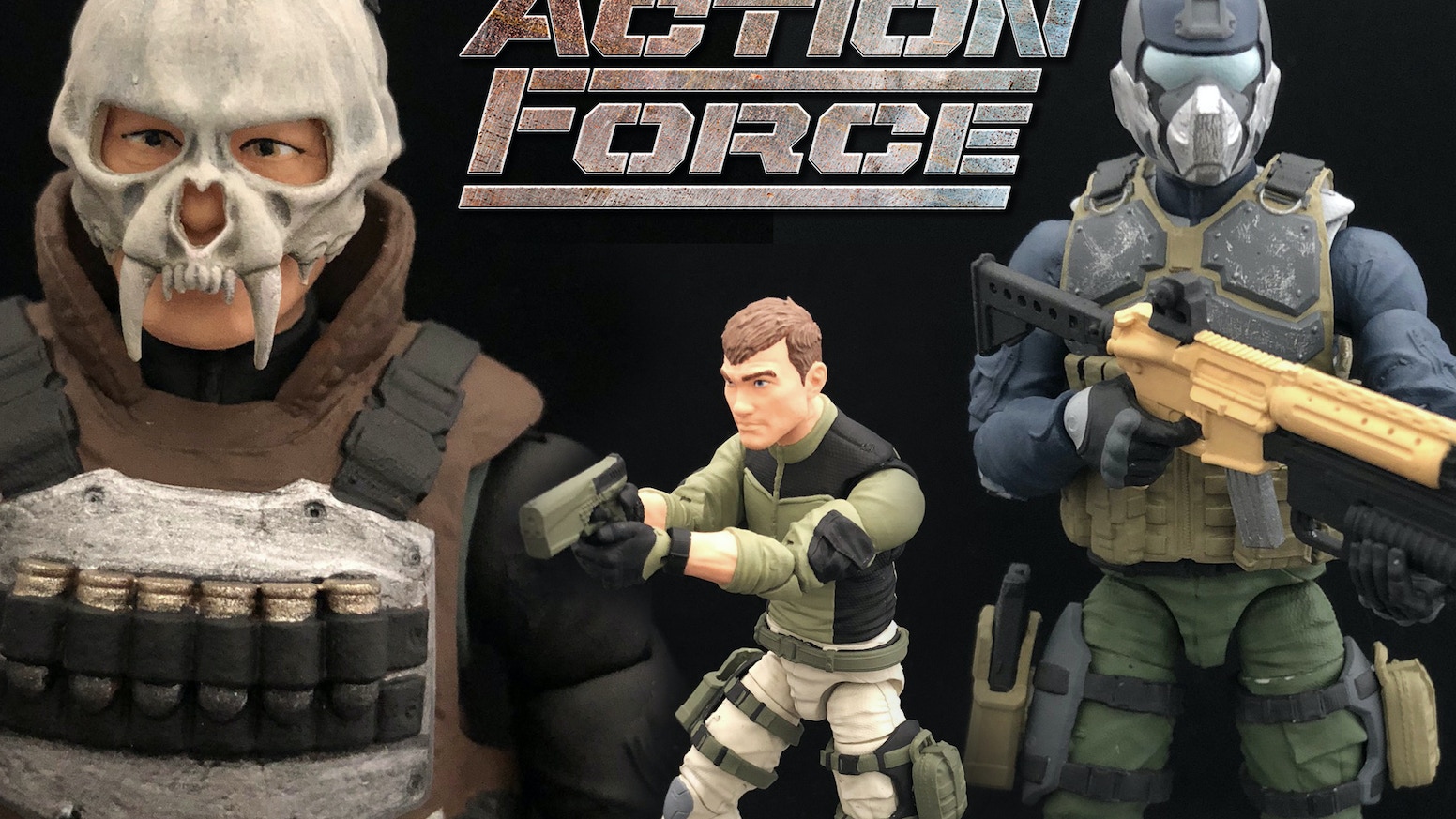 I’ve been waiting a long time to send out this message and I am happy to say that ACTION FORCE is officially funded!!! There were 689 of you that helped make this possible and I extend a huge THANK YOU. Action Force has some of the best and most loyal fans. There will be a few days off to enjoy this but then its right back to work talking to the factory and getting ready to start production. Here is an idea of what to expect for next steps:

Kickstarter has most likely started charging payments and hopefully there will not be too many issues with that. Please make sure your method of payment has funds to cover your pledge. If you do not, you will get an error message from Kickstarter to fix the problem.

If you have not seen from the previous update posts, this project will no longer be using Backerkit for fulfillment. Instead, CrowdOx will be used to complete your orders. CrowdOx will let you do everything Backerkit was capable of and more. It’s also much more user friendly. You will be able to upgrade your pledge and add “Add-on” items. CrowdOx also gives many methods of payment including Paypal. I am working with CrowdOx now to make sure the survey is all correct. This will take about a day or two to complete. Once this is finished, you will receive an email from CrowdOx with a link to finalize your orders. This is where you will choose your core figures and any add-on items. I will also be posting another update when the CrowdOx survey goes out. For those of you that qualified for the Steel Brigade Commander head, your free head will not show up in your order. It is kept track of so don’t worry, it will be in your order once you receive your items. If you would like extras, it is available as an Add-On but only to those who pledge on the Kickstarter since it is a Kickstarter exclusive.

Also, if you missed the last update, stretch goals will still be eligible to be unlocked during the CrowdOx survey.  New funds coming in form added Add-Ons and new pledgers will go toward the overall fund goal. This should ensure that the SWARM Trooper gets unlocked. If anyone has missed the Kickstarter they will be able to place an order in CrowdOx however, each item will have a slight upcharge. Since all of you supported early you will be rewarded with the lower prices.

As the process moves along there will still be constant updates to share. It’s about to get very exciting and you all will be along for the ride. Thank you again to everyone who has pledged, shared and made Action Force a reality. The new era of Action Force is here to stay!

There you have it, folks! There’s all sorts of amazing new toys coming our way! Did you jump in on any or all of these campaigns? I’m certainly in for all, so I’m beyond excited to hear what’s on the horizon for our mailboxes!