Heads Up! Mr. Arlen Pelletier has shared word that The Unslain’s recently revealed female character has been given a new name, WITCHGUARD! 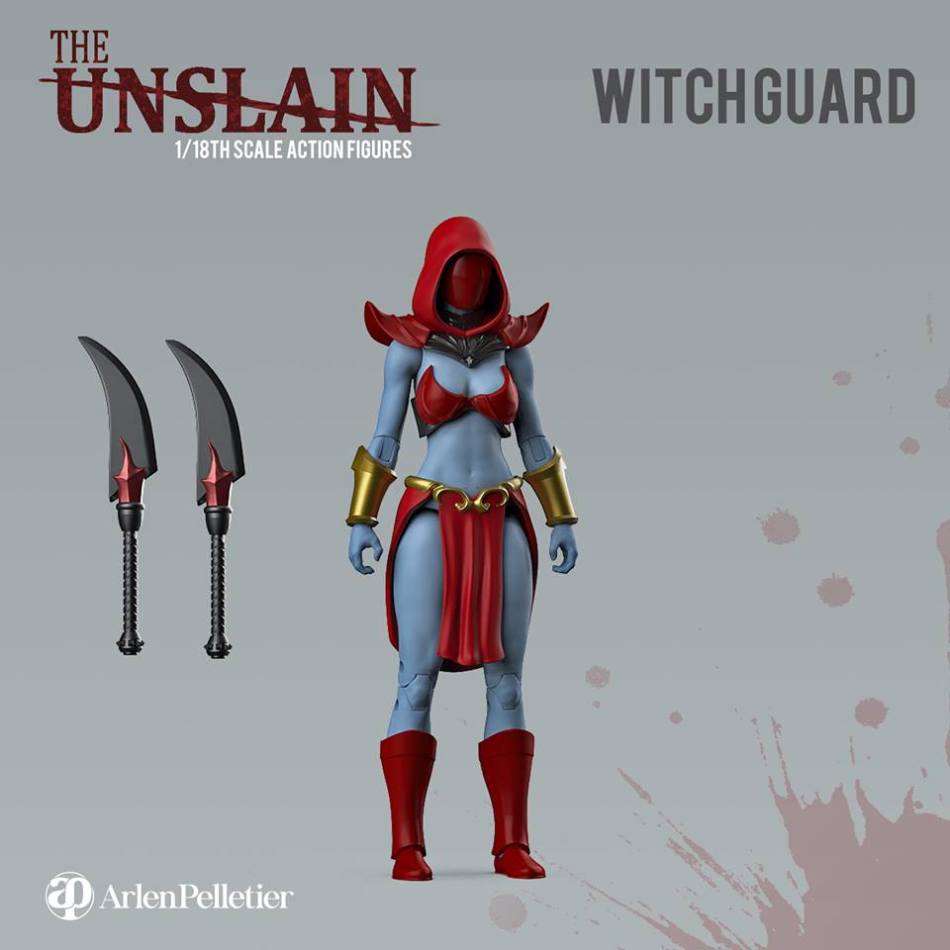 Keeping all the political mumbo jumbo out of the conversation, I think her new name is quite fitting. Witchguard just sounds all sorts of BAD @$$!

As noted yesterday, this new character will be offered alongside Trux the Savage,  Atrox the Fierce, Torvus the Grim, Ferox the Defiant and Efferus the Blood Mage via Kickstarter.

I don’t know about you, but I seriously cannot wait for this campaign to launch!