If you’ve been keeping up with IDW Publishing‘s G.I.Joe A Real American Hero series, then you’ve surely been left breathless by the amazing G.I.Joe & Cobra Vehicle and Gear themed Retailer Incentive covers by Mr. Jay Sullivan.

That said, prepare yourself for a treat! Mr. Sullivan has taken to facebook and has shared an absolutely gorgeous gallery of work, depicting the G.I.Joe Team’s original 13 members. I’ve mirrored the images below for your viewing pleasure, followed by commentary regarding the work directly from Mr. Sullivan. Check it out – 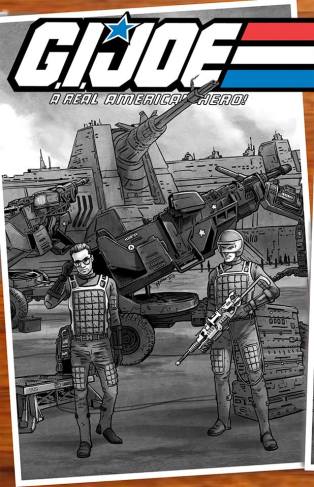 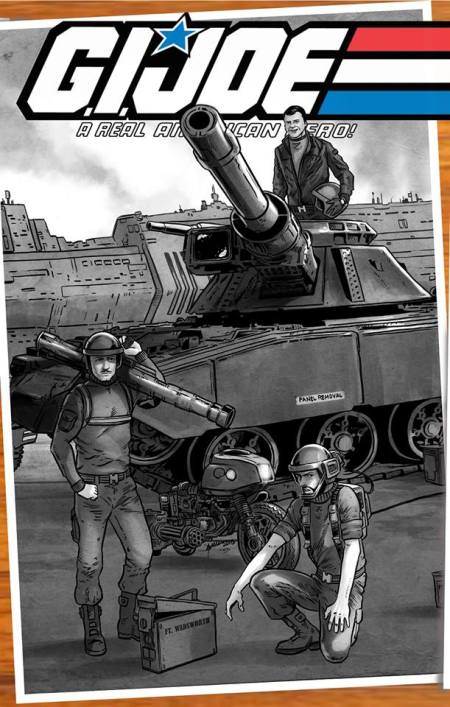 “So it’s June of 1982 and General Flagg, in response to a new terror threat, has assembled a group of 13 hand-selected specialized military personnel to combat ‘COBRA’. These photos were taken just outside their new command base located at Fort Wadsworth on Staten Island. Code Named ‘GI Joe’ and led by Hawk, the Joe’s are shown here meeting for the first time and getting their equipment together.”

Every time I start a new GI Joe project, I first come up with a little “short story” if you will. Most of the stuff I do for IDW doesn’t really have a connection to what’s going on in the actual issue, so I like to have some substance to the image I’m creating.

So The above is what I came up with when tasked to create a connecting cover. The “Original 13” who made me fall in love with the brand way back in 1982 are represented here as they first appeared as action figures.

I’m going to post a few images to show you how I got to the final result. Hopefully you like at least a few of them, but I’m really hoping you enjoy them all.

Some Easter Eggs for you Joe fans to watch out for… Some of the ammo crates are labeled “FT. WADSWORTH”, The original Joe home base from the first few issues of the GI Joe Marvel run. Located on Staten Island, NY, It was the first home of the PIT.

The base in the background is an “extended” version of the one featured in the original GI Joe animated mini-series from Sunbow.

And when possible, I tried to slightly replicate the faces of the characters from the original toy card art.This was to give you kind of a visceral connection to the iconic team you remember from your childhood.

I truly hope you enjoy this. It was a labor of love for me. And just so you’re aware of the detail and scale, the original art for this, which I drew with pen on paper, is over 6 and a half feet long

🙂 And a special thanks to Rogier for the incredible rendering. Just top notch!

Enjoy and YO JOE!

Jamie’s love for G.I.Joe definitely shines through in his artwork. I seriously cannot wait for the opportunity to add these pieces to my collection (hint hint, wink wink, IDW)