Heads up, AWOK Tribe! Your chance to order an exclusive Animal Warriors of the Kingdom Action Figure is now here!

The Mutant & Monster Mayhem Toy Show is thrilled to be working with Spero Studios to bring you an amazing exclusive Animal Warriors of the Kingdom action figure – The Tezca Royal Guard! 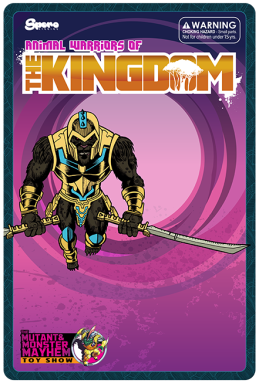 Each Tezca Royal Guard will come with variety of weapons and accessories, including an additional head sculpt for that character. Pre-orders for this figure were made available first to The Mutant & Monster Mayhem Toy Show attendees on August 12th. There will be a pre-order limit of two per person. The Tezca Royal Guard action figure is limited to 150 units and cost $34.75 each. Items ship Spring 2019.