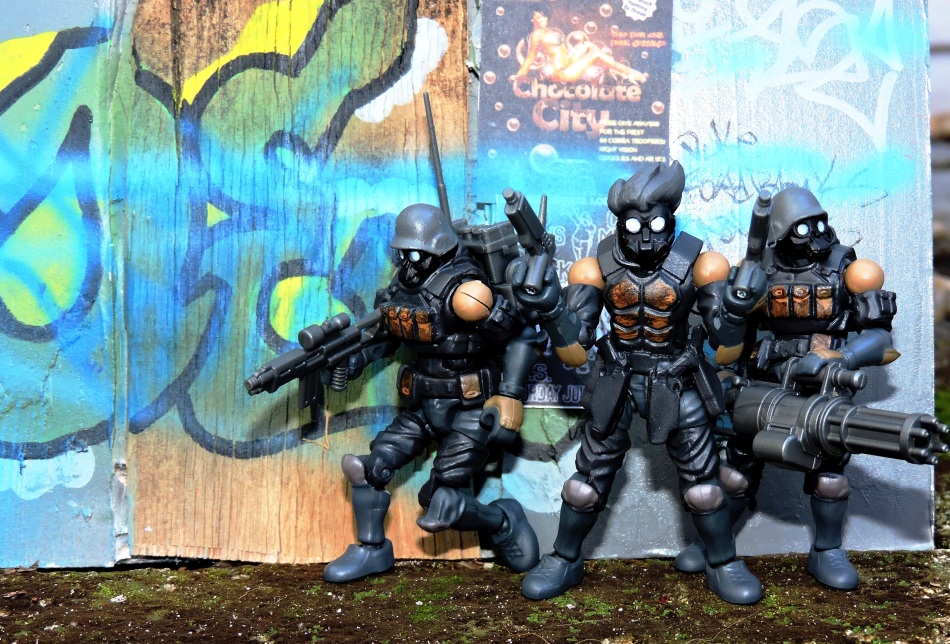 I’m excited to bring you a pictorial review of the fantastic new B2.Five Acid Rain World Wave 3A Bucks Team Trooper Set! This wavemate to the B2.Five Acid Rain World K6 Jungle Chapel HETT600k was one that I was excited for since its announcement, as it introduces Jack, one of the original Bucks Team members, to the 1/28th scale.  Alongside Steel who was originally released as a part of the K6 Jungle Trooper set, this is now 2 of 5 Bucks Team members in this scale, with more to come! Check out the full Slideshow of nearly 80 images below –

As with all B2.Five Acid Rain offerings, the Bucks Team Trooper set comes beautifully packaged, with images depicting the team in action. The side of the packaging gives the backstory of the team, but I won’t spoil that for you here. 😉 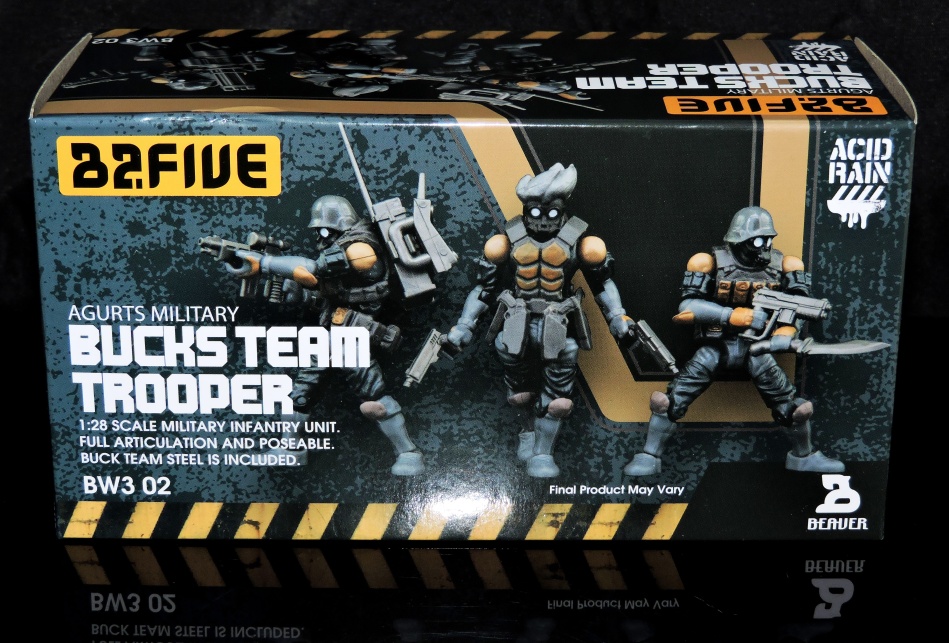 Housed inside are Jack alongside two Bucks Team Troopers. They’re beautifully detailed and have the amount of articulation that you’ve come to expect from these amazing little figures. They come with a large assortment of weapons and accessories, including the new Communications Back with Antenna! There’s even a machete style knife that is absolutely brilliant! There’s also “common” Agurts Military weaponry, such as their rifles and Gatling guns.

As noted above, the detail on these new offerings is stunning. Jack looks just like his 1/18th scale counterpart. I love the molded weaponry on his belt. The Troopers are fantastic, sharing the same color scheme as Jack & Steel, so they fit in with the Bucks Team flawlessly.

If other B2.Five Acid Rain World Offerings are any indication, these will surely sell out, so don’t wait on picking them up! Trust me, they’re worth every penny! 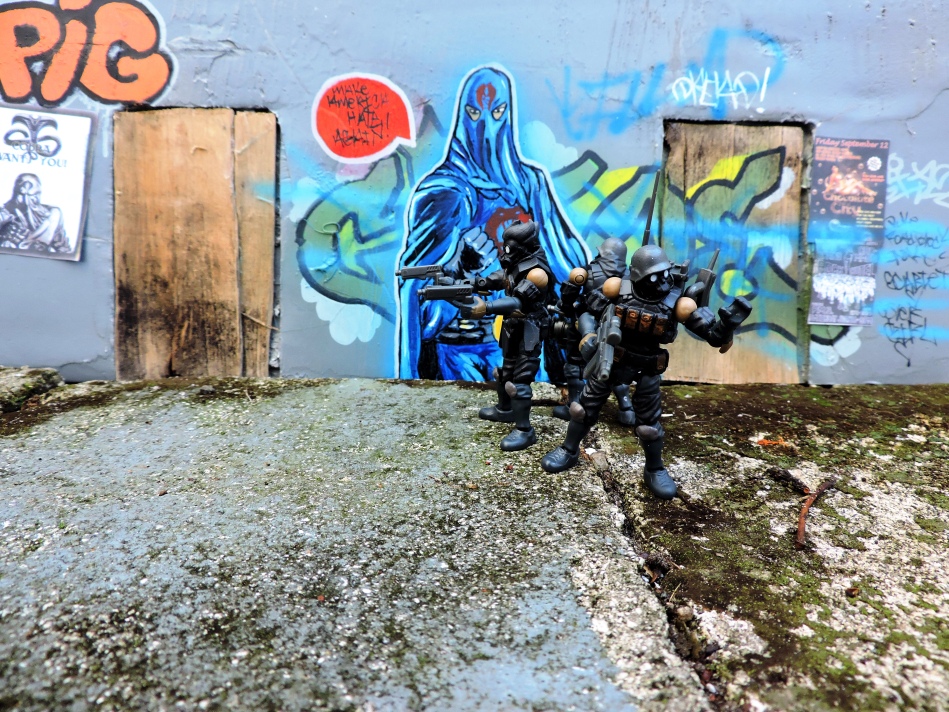 Stay tuned tomorrow as I bring one more B2.Five Acid Rain World Review that’ll be one you won’t want to miss!