The latest Animal Warriors of the Kingdom Deluxe Series Kickstarter Campaign  from Spero Studios is in full swing, as it just kicked off on Friday and has already surpassed the half way mark! With a month left to go, we’re sure to see some amazing offerings unlocked along the way such as Hideyoshi, the Chimpanzee! 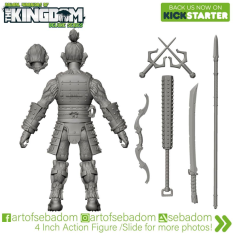 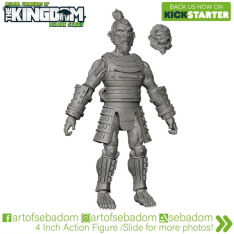 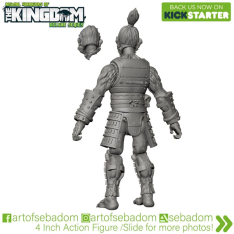 One of several warlords who rose up to challenge Pale’s authority in Baron Kah Lee’s absence. Hideyoshi serves the Baron well as the greatest swordsman of the army! . His family has produced fierce warriors that have served the Baron’s family for centuries. Hideyoshi may just be the best there ever was.

Seba Dom had the chance to bring this amazing character to life, through a collaboration between Seba Dom(Round Table 3D Studio), Fabiano Carlos Coelho and Jose Fernandez.

Let’s keep the pledges going to that we can unlock this amazing AWOK offering!